EXPLORING THE IMPACT OF RELIGION’S PRESENCE
IN ENTERTAINMENT MEDIA.

DeeperDive is a Diversity, Equity, and Inclusion initiative of KC Social Impact Lab specializing in depictions of religion on screen. 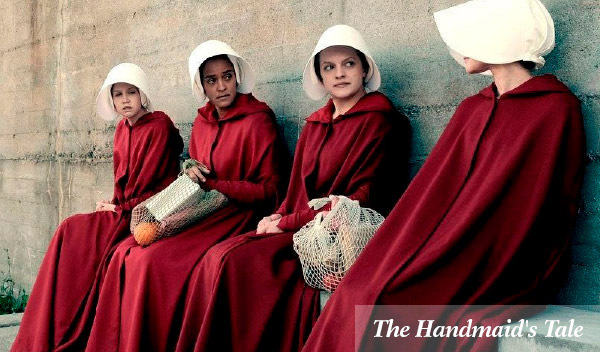 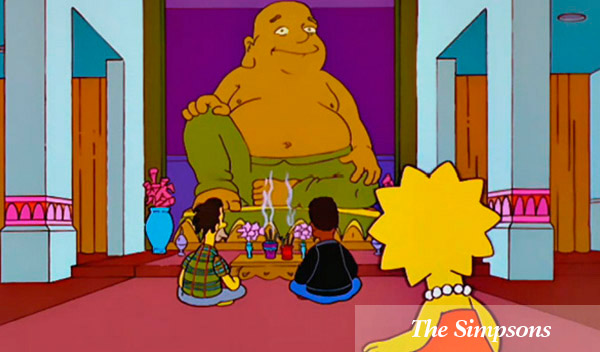 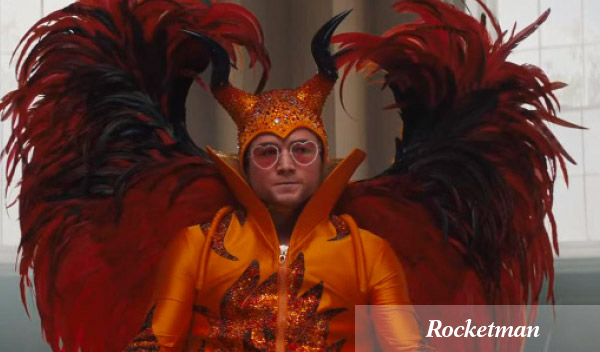 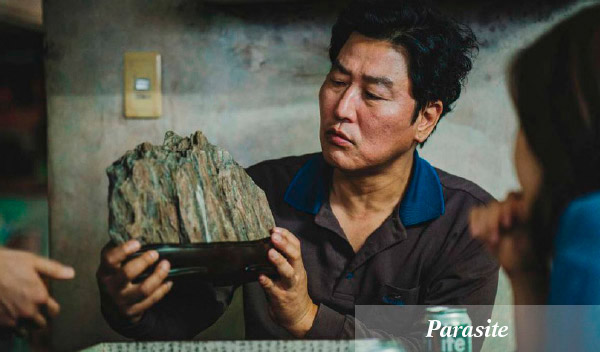 AND RELIGION APPEARS CONSTANTLY ON SCREEN.

A project of KC Social Impact Lab, led by experts in philanthropy, media, and public affairs with proven track records of delivering effective messages in over 140 countries and 40 different languages, our goal is to equip individual storytellers and companies with the tools to tell more complex and less stereotype-driven narratives.

In following this wider goal, DeeperDive does not promote any individual religion over another.

Rather, much like other facets of DEI, we help stakeholders and storytellers understand religion as one facet of an interconnected social system.

DeeperDive is the first such equivalent for understanding the role and prevalence of religion in film and television.

We can shift what audiences learn about religion on screen, so that when they encounter religious diversity in real life, they respond not with fear or distrust, but with empathy and compassion. 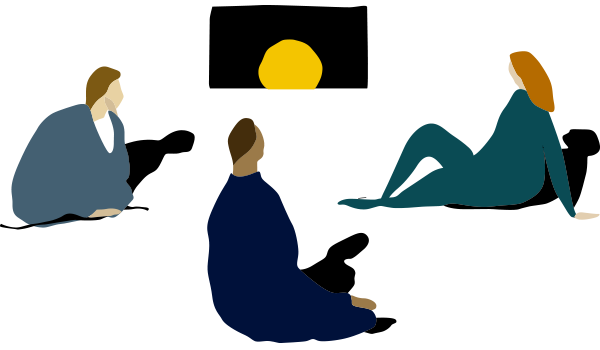 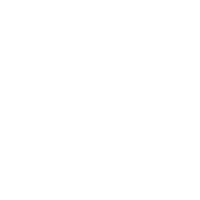 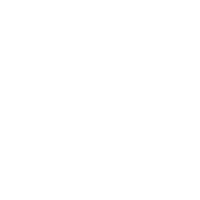 We evaluate past and prospective depictions of religion in entertainment media, demonstrating its prevalence and influence. 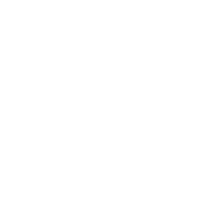 Our understanding of the world and the social issues that permeate it are largely shaped by our media consumption.

Taken together, in order to build a world where everyone is accepted and respected, regardless of religious differences, we need to know more about each other. We need to hear each other’s stories.

Done right, the spread of religiously diverse content in entertainment media possesses the power to educate and mobilize communities, spark discussion and debate, and advocate for sweeping and effective policy change. This content not only shifts attitudes on a widespread level, benefitting society as a whole, but more deeply engages audiences in ways that encourage long-term studio loyalty and increase profitability. 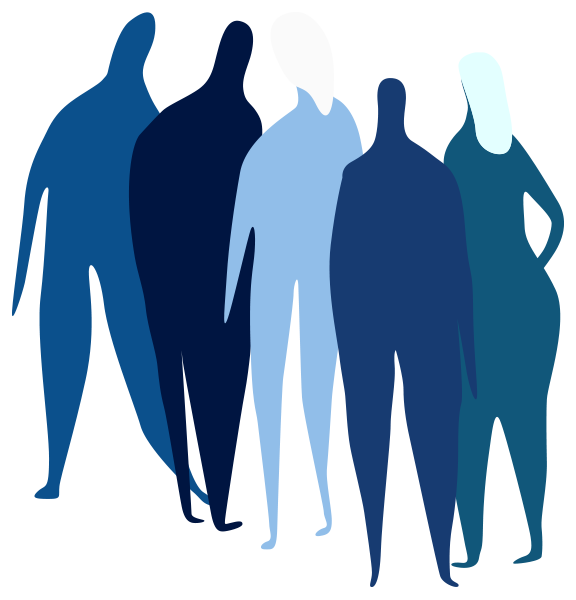 We provide customized workshops aimed to demonstrate the impact and salience of religious literacy in film and television. Premised on real-life media examples, both past and prospective, our training emphases shift based on the needs of our clients and can be catered toward audiences ranging from media executives and content producers to storytellers within the general public. Lasting from one hour to several days, depending on individual needs and concerns, our programming is based in Harvard Divinity School’s Religion and Public Life core principles. Upon exploring why religious literacy should matter to media executives, producers, and content creators, we offer a set of best practices, aimed at dispelling narrative-based stereotypes and expanding public understandings of religion.

Using Harvard Divinity School’s methods, we conduct research on the ways in which religion is currently represented across media platforms, providing future recommendations based on these findings.

Our access to leaders in media, business, government and education allows us to equip our clients with the networks needed to turn aspiration into tangible influence. We co-create courses of action with our clients that span from media campaigns to strategic partnerships, help implement these tactics, and ultimately communicate and quantify this impact.

Religious literacy is a way of thinking about religion. It is not a series of facts to memorize. As defined by Harvard’s Religion and Public Life Program, it is founded on three basic principles:

Religions evolve and change over time.

Religions are embedded in culture, not separate from it.

While no single person can know everything about every religion, these three principles help us avoid some of religion’s most common misrepresentations. 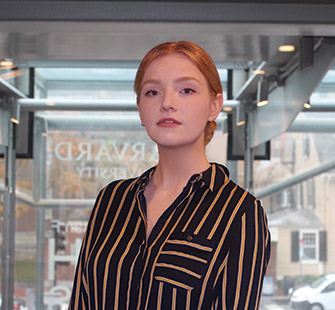 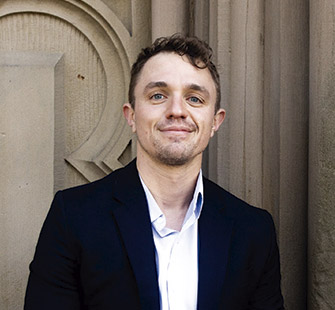 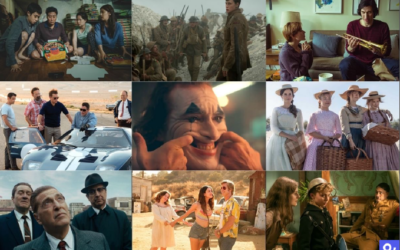 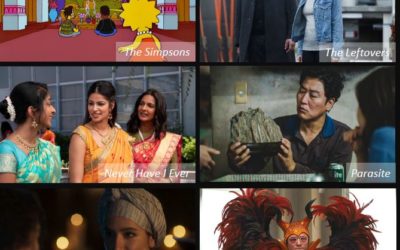 By Jason Hoelzel, Harvard Divinity School Alumni MDiv ‘20 Synopsis: Respect (2021) is a biographical music drama chronicling the life of Aretha Franklin. The story begins with a focus on the...

Lindsey is a researcher, social impact storyteller, and communications and marketing specialist interested in developing corporate social responsibility programs for entertainment media companies. A recent graduate of Harvard Divinity School, she has particular expertise bringing questions of ethical discernment to the fore of business-oriented spaces and highlighting the salience of content related to religion in entertainment media. She has produced an array of quantitatively and qualitatively-based research within the fields of entertainment media, religious studies, interfaith dialogue, and public polling.

Jason Hoelzel is passionate about storytelling and education. Before moving into mass media, Jason taught writing and literature in public and private schools. High school students taught him about storytelling’s power to create and share knowledge.

As a master’s student at Harvard Divinity School, Jason sharpened his focus on ethics and story-telling. He focused on religion literacy and corporate social responsibility training in mass media.

Cader-Frech currently serves as Media & Entertainment Liaison for the Religious Literacy Project at Harvard Divinity School. A role created to bring together media professionals and scholars of media, religion, and business to foster critical reflection and collaborative relationships to improve religious literacy of the American public. On-screen representations shape our understanding of the worlds religions off-screen and influence our behavior towards “others.” Producing content with accurate representations of religious themes or characters (allegorical, implicit or explicit) will inspire audiences to reduce conflict and antagonism.

Before joining Harvard, Cader-Frech worked for nearly 15 years at Viacom International, as Senior Vice President Public Affairs & Social Responsibility, responsible for a creative team tapping the power of MTV, Nickelodeon, Comedy Central, Vh1, and Paramount’s unparalleled connection to youth and children to deliver social responsible messages utilizing fresh approaches on behalf of the United Nations, International non-profit partners, and private sector brands. Cader-Frech was the creator of MTV Agents of Change and Nickelodeon Together For Good, two global campaigns designed to celebrate kids, young people and celebrities across the world who are making a positive difference in their communities on a wide array of social issues; reaching nearly a billion cumulative subscribers in more than 160 countries and territories, via television programming, special events, consumer products, digital offerings, recreation, books, and films.

Cader-Frech was born in El Salvador and completed his Masters in International Affairs at Georgetown University and a Graduate Certificate in Religious Studies and Education at Harvard University – a two year program that provides a variety of settings with a multidisciplinary foundation for approaching the study of religion in contexts focused on learning about religion from a nonsectarian perspective and a cultural lens.

He serves on numerous boards including the Latin American and Caribbean Fund at The Museum of Modern Art in New York; the Youth Orchestra of the Americas; and Y.ES Contemporary Art – an art program of his namesake foundation.

Cader-Frech is an avid Contemporary Art Collector, is a founding member of Art Basel Global Patrons Committee, and has received prestigious awards such as Distinguished Salvadoran, the Ten Year recognition from the National Gallery of Art in Washington DC, and the My Hero Award from Aid For AIDS International.

Fabian worked for 24 years at the Inter-American Development Bank (IDB), as a senior specialist and team leader.In 1995, he was appointed youth liaison and was responsible for organizing the IDB-Isreal youth forum, which was the first time that a multi-lateral bank brought together young leaders from around the world to discuss development issues.Fabian was one of the founders of the Inter-American working group on youth development, a consortium of international donor agencies, which increased resource support and promoted learning around effective youth development programs in the hemisphere.

He led and developed various programs & international partnerships with the public & private sector.He was instrumental in creating the partnership, which united CDI Brazil, Microsoft, and StarMedia together with the IDB to launch the CDI Americas Initiative to help bridge the “digital divide” in Latin America.

Fabian facilitated the creation of awareness building campaigns with major international media networks to promote the active participation of young people in the development process.He was responsible for forging the partnership with the IDB and MTV Latin America.This strategic alliance with MTV produced numerous projects, which highlighted that young people are part of the solution to challenges in their communities.

In 2000, the IDB youth program received the United Nations World Youth Award for its achievement in implementing the UN worldprogram of action for youth.

In 1999, Fabian founded the Many Hats Institute (MHI). MHI is an international organization that is dedicated to improving the conditions for children worldwide. It is supported by a network of renowned professionals from diverse backgrounds, who raise funds and provide assistance to promote community development and engage young leaders to become resources for their communities. Initiatives have included a Placido Domingo concert to raise funds for the victims of an earthquake in El Salvador. MHI has teamed up with the World Wildlife Fund, Nature Conservancy, Harvard Business School, Mastercard and AOL among others to leverage the time, talent and resources of the “many hatters” from around the world.

Fabian was born in Argentina and completed his BA in public affairs at the American University and a graduate certificate in public relations at New York University.

I love to create something out of nothing, taking on audacious challenges and making things happen. So, I dream to drive innovation as part of a company leadership team that values the intersection of design, technology and education, product + social impact who are not afraid to leverage bleeding edge trends to solve future consumer needs.

Giulia has expertise in technology, education, social transformative projects and government relations, with a special focus on emerging and developing countries. For over a decade she has been developing products, programs and youth policies for LEGO, MIT Media-lab One Laptop Per Child (OLPC), the Italian Government working closely with international institutions. As CEO of OLPC, she led the growth of the program expanding it in over 85 countries across the world.

Her work with the United Nations agencies focuses on developing public-private partnerships frameworks to support Governments and local stakeholders in innovating their school systems and fostering employability to their young populations. Giulia is Italian by origin, have lived in various geographies and she is an advocate for youth empowerment promoting social inclusion through innovation.

Michelle provides administrative support to the KC social impact team. You can contact her at michelle@kcsocialimpactlab.com